'Tis the season, apparently.
One more stint of travel before the long and well-anticipated 2 weeks off work for xmas. I've only had one unbroken year in the streak of taking these 2 weeks off before in my entire working life -- I get very grumpy if it doesn't work out.
The last few weeks have been progressively colder at home, so the heating has been bumped up a notch and the Slanket has been seeing more and more use. That tiny roundy cat you see above is also starting to disappear under the duvet for the day when I'm out. Outside, it's got that damp, crisp thing going on. I think I've gotten back to liking this time of year. The last few have been not so good, for reasons I got basically sorted out this year, so in a way I feel like I'm missing something by going away (that and Favourite Lady, of course).
I've been doing a little more Airsoft, when I can. You tend to only really get the serious players out these days, so it's a little less annoying. I've also gotten my ticket to Berget for next year. I didn't go last year because I bought into the lame idea that I have to bring an entire squad, but I think I'd like to head along even with one or two people I know this time.
Work has been progressively more involving. I've been getting a lot more code done recently, and am trying to find a balance between direction-setting and getting-hands-dirty for the project. I'm encouraged to find I still like getting my hands dirty, but there's always last-minute phone calls to encourage people designing software to not pull the theoretical hot saucepan down on top of themselves which impinges on Make Time, as we're to call it these days.
I've also been looking again at Domotics -- I've picked up a Scooba, a few Roombas, and am looking at lawn and garden automation for next year. I'll do a proper post on this at some point. Making Things Talk is a fascinating read so far, it may be the first paper book I bring on a plane in a few years.
Speaking of which, I'm off to California on Sunday. I'm spending a week with the Analytics development team (I manage the Analytics Frontend SRE team), and then am in Seattle for 3 days with the Analytics Backend SRE team. It's my first Mountain View visit in a good long while, almost a year in fact. It'll be good to see videoconference peeps for realsies for a change.
Posted by Unknown at 13:03 No comments:

Sagrada Familia has scrubbed up nice, hasn't it? The whole centre part of it was building site when I was there last, so this is a step in the awesome direction. We even missed the pope by exactly a week, as he came along to consecrate it (they need a level 11 god-botherer to consecrate something this bug, since he's high enough level to know the spell, and can only cast it once a day).
Barcelona is still nice. People use the city, which is a far cry from anything I've seen in Dublin (Dublin has character, but that character needs a few auld shcoops to loosen itself up and usually finds a way to wreck anything out of the ordinary).
November is also a reasonable time to go. It was t-shirt weather throughout, except for the top of the tourist bus. We didn't get enough time to do all the touristy bits, but got some successful shopping done and felt like it was a weekend well-spent nonetheless. We'll probably be back.
Roll on the next thing we're doing!
Posted by Unknown at 15:44 No comments:

Work this past week has been a long trial of getting back up to speed after Tel Aviv. Even though it's pretty much a regular week, catching up my brain from all the stuff I promised to do, and getting back into the stuff I was doing when I left had just about happened by today, basically.
I'm currently looking into full-spectrum/white lighting, for home and work. November is usually a bad brain month, in general. This year, I've been continuing my theme of doing things pro-actively by attempting to spend at least some of it outside the country (I'll be in Barcelona next week, and heading to California at the end of the month), and the aforementioned lighting. I can recommend Androv for cheap bulbs -- their 'dimmable' bulb makes a bold claim I've been unable to reproduce, but their other stuff is good, and cheap. It makes a discernable difference to overall mood if I'm working under one for the day.
The one bad thing, of course (and the reasons why hotels use low-light yellow bulbs) is that it shows up every speck of dirt and dust in the room. Once you can deal with this, I heartily endorse this event or product. You feel less like you're holed up in a fortress of solitude, and brighter lights (properly shaded) are in general good for your eyes.
I've been doing other brain stuff recently, which I'll get into. The moral: making your brain work is damn useful if it's what pays your bills.
Posted by Unknown at 23:52 No comments:

Email ThisBlogThis!Share to TwitterShare to FacebookShare to Pinterest
Labels: brain, life, me, november 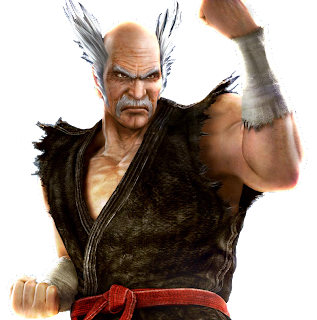 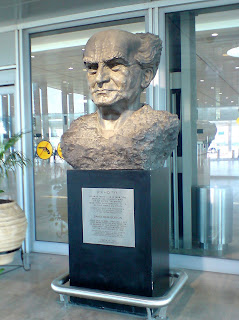 This was the only real thing I noticed out of the ordinary about Tel Aviv Airport. Security was courteous and only a little bit more paranoid than the US (X-raying bags before letting you near checkin desks), it was reasonably OK.
I didn't get much time to myself this trip. I'll probably be back, though. We did get to go see the Old city in Jerusalem on our last evening there. What I will say is that it was interesting. I'd like to see more of the country, or at least the bits that don't get you peered at suspiciously when leaving or entering.
Flights back got me some lovely germs, which put me out of action until today. Two more trips this year, to Barcelona for a weekend in 2 weeks, then California and Seattle later this month.
I guess it's also time yet again to plug TripIt. If you travel with any degree of frequency, it's invaluable, and has saved me way more money and time than I've spent on the pro version (when a connection home from Seattle got cancelled, it texted me hours before the airline did, so I was able to rebook flights before the rush). Do it.
Posted by Unknown at 13:34 No comments: